Have you tried Hawaiian tea?

I’m admittedly a newbie when it comes to brews and blends from this gorgeous island state — the first time I encountered Hawaiian tea was when I spotted a co-worker drinking a brilliantly bright pink beverage, which turned out to be tea.

The teas of Hawaii, however, do not all feature the sweet, tropical, and fruity flavors that typically come to mind when many of us think of Hawaii. Instead, the island state is quickly becoming a popular grower of oolong, black, white, and green tea varieties — and Hawaiian teas are starting to catch the attention of tea lovers everywhere.

Recently, Hawaiian tea made headlines when it took the top prizes and titles at the inaugural Tea of the United States Awards, or TOTUS, conference and competition.

Tea growers from eight states, 30 different tea gardens, with 79 tea varieties all presented their leaves and blends to a panel of judges — and it was the Hawaii tea growers who dominated the contest. Onomea Tea was the top tea garden, securing wins in six out of 12 categories.

Tasty teas from such a tropical and fauna-filled locale shouldn’t be such a surprise; after all, according to University of Hawaii, Manoa professor of nutrition and food Ching-Yuan Hu, Hawaii offers one of the most hospitable environments in which to grow tea.

It’s not hard to make, just make hawaiian iced tea the same way you would make any other iced tea, but if you really want to get fancy you could brew it inside of a hollowed out pineapple, or if you’re the tourist type you can get a little umbrella for your cup.

Due to the temperature in its climate, and a rainy state in which plants thrive, it offers the same ecological benefits as famed tea locations like China and India.

“We hope that the competition will encourage those who have pioneered U.S. tea farming to gain national recognition for their uniquely crafted teas and further educate consumers supporting domestic tea agriculture.”

How did the esteemed judges determine that Hawaii’s teas were best?

The panel, comprised of individuals from different fields within the world of tea, examined and evaluated the dry leaves, then tested their taste with a brewed cup of tea. Each beverage was ranked on aroma, flavor, and mouthfeel. The judges also considered if teas followed the traditional Chinese, Japanese, and Indians flavors, or if they were purely original.

The Hawaiian Islands Tea Company is another brand to keep an eye on, here’s one of their highest rated teas: 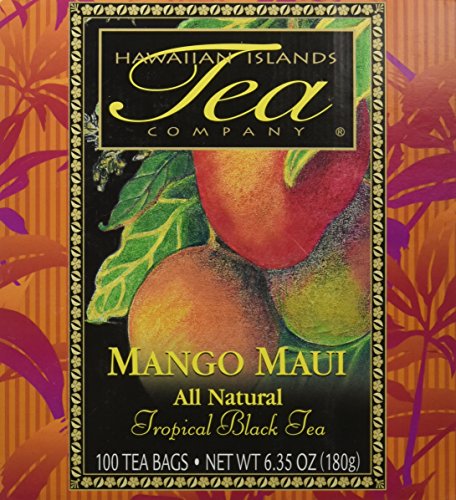 Although American teas, and Hawaiian teas in particular, are a considerably younger phenomenon, don’t count them out. With such a fantastic showing, Hawaiian teas may become your new favorite in the near future. You can sip the flavors you know and love, with a slight twist.