Sweeteners have been just as important with flavoring food and beverages as salt, pepper and other spices throughout history.

For the humble cup of tea, there are a variety of ways to enhance the experience or to make the tea more palatable, especially if it tends to be bitter, bland or needing that extra kick.

Honey is often the go-to sweetener for those who prefer something natural, especially when drinking herbal tea. We will be exploring the calories in honey vs other popular sweeteners on the market, so you can make an informed choice when sweetening your tea and other foods and beverages.

Honey is More than a Sweetener 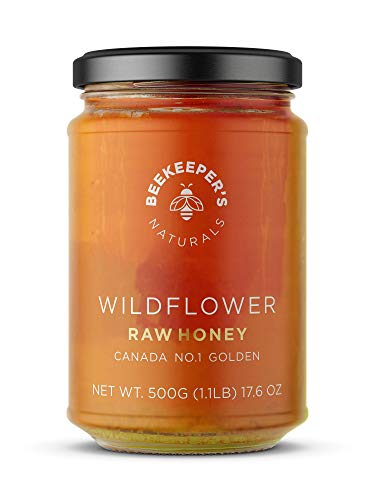 The oldest sweetener known to humans since the dawn of time, honey is a natural ingredient produced by bees, with many flavors and varieties from all over the world.

A syrup that’s slightly sweeter than regular sugar, honey has medicinal properties, such as the capacity for use as an antiseptic.

Along with culinary applications, honey is used in many different herbal teas for flavor as well as soothing a sore throat and it can be applied topically for treating burns.

Although honey is a natural sugar substitute, it has the same health issues as sugar when taken in excess, such as diabetes and tooth decay.

Calories in Honey vs Other Popular Sweeteners

Before we look into the other sweeteners often used at tea time, here is a list of comparisons, which may be surprising to some – from the least to most calories per teaspoon:

Other Sweeteners for your Tea

As you can see, Stevia is a great option for those counting their calories, especially if diabetes or other sugar-related health issues are a focus in your diet. There are pro’s and cons with each sweetener, so let’s have a closer look at each. 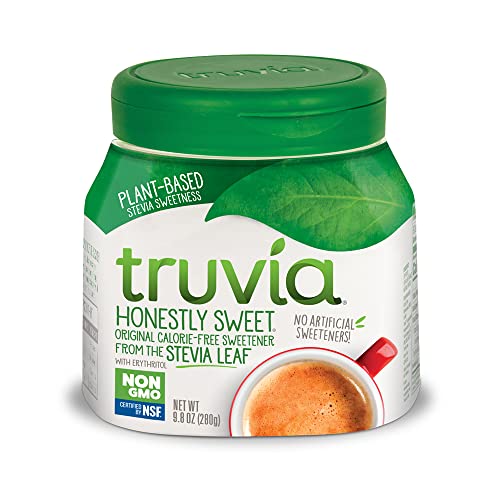 It’s what Stevia doesn’t do that makes it such a popular ingredient when sweetening foods and beverages. With zero calories, this sweetener comes from a plant related to the daisy family. In South America, several species have been popular for hundreds of years to sweeten foods.

200 times sweeter than sugar in the same concentration, Stevia can lower blood sugar but there’s a difference between pure Stevia leaf and the products you might find on the supermarket shelf, where it’s added to maltodextrin.

Some say Stevia has an aftertaste, but why not try it and see for yourself? 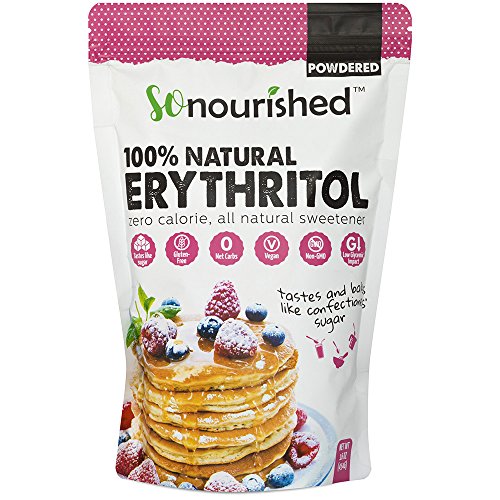 Although there’s some controversy over the use of Erythritol, in terms of the fact that it’s often derived from GMO grown corn and produced from fermented foods, this sweetener is a sugar alcohol that doesn’t affect blood sugar and is 60 – 70% as sweet as regular sugar.

A common ingredient in low-sugar and sugar-free foods and beverages, this sweetener does have side effects, which can include diarrhea, headaches and stomach problems.

Even though Erythritol is basically calorie free, there are other sweeteners on the market which might prove to be healthier options, like monk fruit. 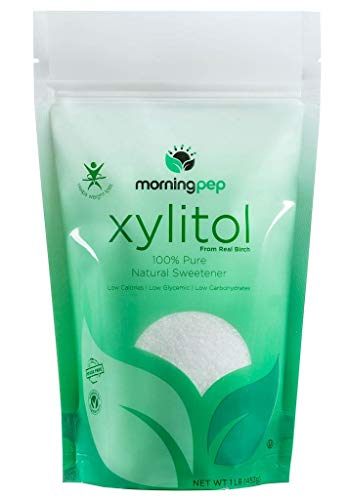 This is also a sugar alcohol, which is like a hybrid of sugar and alcohol molecules. It looks and even tastes like sugar but doesn’t raise the blood sugar levels in the body.

Xylitol is considered a natural sweetener as it’s found in many fruits and vegetables and it’s used to make sugar-free gum, candy, dental care products and diabetic food.

A white, crystalline powder, Xylitol is still a refined sugar but it doesn’t contain any vitamins or minerals. Like any additive or supplement, you should consult with your doctor before using this substance, as it has been noted as affecting insulin levels.

A derivative of various cacti, Agave syrup contains fructose, which provides the carbohydrates and sweetening properties.

After the plant has been growing from 7 to 14 years, the juice is extracted from the core, then filtered and heated to produce the simple sugars, before being concentrated into a syrup.

Lighter than honey, Agave syrup is sweeter than sugar and can be used in cooking. It has a mild flavor that is almost neutral, but the darker the syrup, the more complex the flavors – like sugar.

The dark versions taste a little like caramel and can be used in dishes where stronger flavors can be assimilated.

Hailing from the sap of several species of sugar, red and black Maple trees, this syrup is considered a mainstay for those who love it on pancakes and waffles. The trees are tapped after the trunks have a hole drilled in them in the early Spring, to extract the syrup for production.

First used by the Native Americans in North America, Maple syrup was then collected by the early settlers who went on to refine the procedure.

Graded according to density and translucency, this popular syrup can be used in place of honey and as a flavoring for a variety of sweet and savory recipes.

The boiled and dehydrated sap of the Coconut Palm has the same amount of carbohydrates and calories as sugar. With trace nutrients and more vitamins and minerals than common table sugar, this natural sweetener is Earth friendly and is a good substitute if diabetes is a concern.

Considered the most sustainable sweetener in the world, Coconut Palm sugar production uses less fuel and water in comparison to sugar cane. Along with having no artificial ingredients or chemicals, this sugar has a slightly smoky taste that is reminiscent of raw sugar.

Also called sucrose, sugar comes in many varieties, such as white, brown and powdered. It’s also produced in different ways, from sugar beets to sugar cane. Sugar is a simple carbohydrate found in all plants, providing energy for the body.

The juice is extracted from the plant and then processed, depending on the source. The color of sugar also depends on the heating and processing, with different levels associated with the amount of molasses added to or inherently remaining in the sugar itself.

An original sweetener found in almost every household, sugar has quite a negative persona these days, due to being included in countless foods and beverages, where over-eating or consuming large amounts of sugar leads to health issues.

While honey and sugar are the most common sweeteners, especially for sweetening the good old cup of tea, honey is considered more healthy, even if the calories are only slightly less.

When it comes to the calories in honey vs other popular sweeteners, personal preference and moderation should guide your choices. Besides, honey heals as well as sweetens, which makes it perfect for tea.

Here are some great brands of tea you can try:

Best Green Tea Brand for the Money in 2018 [Definitive]

Rosehip Tea: Everything You Need to Know [+6 Benefits]