Founded in 1894 by Theodore Estabrooks and now located in Little Falls, NY. in the U.S., Red Rose Tea operates from a state-of-the-art facility that employs over 80 New York State residents.

Ethically sourcing their bush-to-cup tea means ensuring traceability for their loyal customers, which is becoming increasingly important in the world of tea.

This company offers great tea at a reasonable price among other “supermarket teas” and each box contains a collectible figurine based on landmark American themes, such as the Nautical wonderland, American heritage and holidays, exclusively designed by Wade Ceramics.

The Evolution of Red Rose Tea

In the beginning, Theodore Estabrooks sold loose tea from tea chests in New Brunswick, Canada but soon became concerned over the wildly inconsistent quality he was working with.

This compelled him to produce quality blends that maintained consistency from cup to cup, offering tea drinkers a delicious brew that was reliable and affordable.

Red Rose Tea has continued to keep that promise for more than 100 years, committed to providing perfectly balanced teas that are rich and full bodied. Their teas became available in the U.S. in the 1920’s, after years of advertisements with the catchphrase, “Only in Canada, you say? Pity…”

The blends offered in the U.S. are made from cut black teas and black pekoe, while the Canadian counterparts are created from orange pekoe. Formerly owned by Brooke Bond Foods in the U.K., Red Rose Tea is now owned by Redco Foods in the U.S. and Unilever in Canada.

Teekanne GmbH of Dusseldorf, Germany owns Redco Foods and sells specialty fruit and herbal teas throughout Europe. Their name means “teapot” and they are the inventors of the flow-through tea bag.

Teekanne equipment manufactured these teabags which have been sold over the last 30 years in the U.S.

This tea company has offered a variety of premiums and collectibles with their tea since the 1950’s. At one time they included fortune-telling teacups for tasseography (tea leaf readings) which were white teacups with gold designs, made in England by Taylor, Smith, and Taylor of fine bone china.

From 1959 through 1975 they included collectible tea cards which came in a series of 48, featuring themes such as wildlife, natural history, the space age and even dinosaurs.

Since 1967, Red Rose Tea has been offering miniature glazed pottery figurines made by the Wade pottery company, called Wade figurines. Initially included as a short-term promotion, it soon extended to the whole country and in the 1970’s they were included in the U.S. market.

At the end of each series’ run, the company offers a closeout option so consumers can buy the missing figurines to add to their collection, while supplies last. When finally closed out, they are only available to trading among collectors.

Over 300 million Wade figurines have been given away in packs of tea throughout the U.S.

Since 2016, Red Rose Tea has been including American Heritage Wade figurines in their tea packages.

This company carefully selects the best grades of tea from the finest estates in India, Indonesia, Kenya and Sri Lanka.

They make every effort to purchase tea from socially responsible and reputable sources, with their staff and importers personally visiting and monitoring conditions at their various locations. 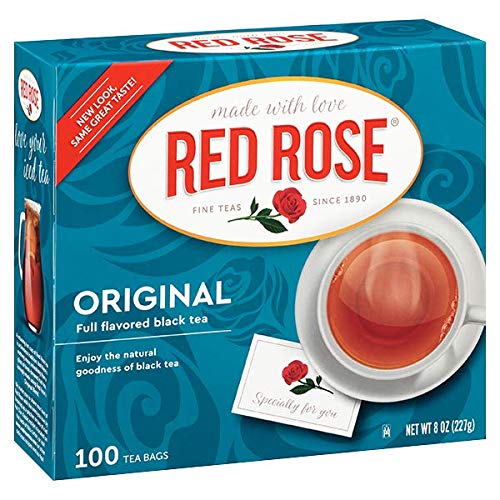 Selected from teas grown in the world’s finest mountainous regions, from Africa’s Great Rift Valley to tea estates in India and Sri Lanka, this original blend is perfectly balanced to create a classic cup of tea. Whether hot or iced, this rich tea has a full flavor that contains zero pesticide residue.

Sourced from the lush mountains of Sri Lanka and the African Rift Valley, this tea has just the right amount of bergamot flavor, whether hot or cold. 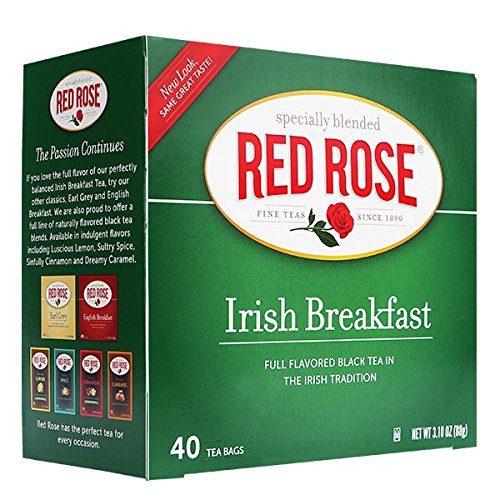 Strong and hearty, yet smooth at the same time, you can enjoy it with or without milk and sweeteners. Satisfying and apparently never bitter, reviewers state that it’s great for the mornings if you’re trying to avoid coffee.

Also selling mugs and affordable gift sets, their website has an informative Tea 101 which includes the history of tea and information about pairings and tea types.

Red Rose Tea is a staple brand in many households, with a Sweet Temptations line that is rich but with zero calories, for when you’re looking for something more indulgent.