Headquartered in Commerce, CA., Chado Tea revolutionized tea drinking in the Los Angeles area by opening several tea rooms and offering over 300 varieties of specialty tea from across the globe.

Along with one of the largest selections of exclusive tea accessories, Chado Tea prides themselves as being a tea lovers’ paradise.

The Legend of Tea according to Chado

There are many legends and myths surrounding the evolution of tea, going back more than 5,000 years. After water, tea is the most ancient beverage, although its exact origins are hard to discern.

Chinese mythology has it that emperor Chen-Nung discovered tea accidentally as he boiled water under the shade of a wild tea tree. When a few leaves dropped into his pot, he drank the infusion and felt overwhelmed by a sense of well-being, which was apparently how tea was born.

An Indian legend states that Prince Bodhi Dharma traveled north to preach Buddhism. Vowing to meditate for seven years without sleeping, at the five-year mark he grew drowsy. By chance, he picked the leaves of an unidentified tree and chewed them.

It turned out they were from a large tea bush, which gave him enough energy to keep his vow. Aside from the legends, Chado Tea advises that a simple cup of tea can contain the elements of the social, sensual and even the spiritual sides of life.

There are many varieties and styles to choose from with this tea company, including Black, White, Green Tea, Oolong, Jasmine, Earl Grey, Herbal, Flavored, Decaffeinated and much more. Chado Tea advises that if you’re not completely satisfied with any of their premium blends, they will replace it.

There are also display teas available, which are top quality buds tied up into various shapes, which slowly bloom and unfurl in the cup after hot water is added. 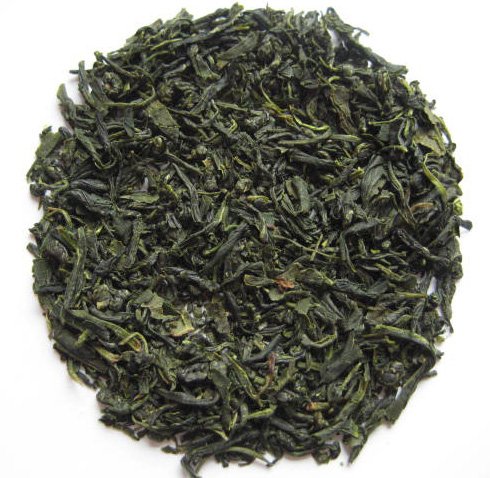 Also known as Tamaryokucha, Guricha tea is grown the same way as straight-leaf sencha but processed by leaving out the rolling. This rare Japanese green tea is produced in Kyushu and has a clean, fresh taste that is deliciously sweet and gentle, perfect for any time or occasion.

A first-flush tea that has characteristics ranging from fresh and light to lively and astringent. This Darjeeling tea has great character and flowery notes, made from black tea sourced from single estates in India and the infusion has a bright, lime-green hue.

FTGFOP stands for fine-tippy-golden-flowering-orange-pekoe, although there’s an old joke that says it stands for “Far Too Good For Ordinary People.”

Honey Bush is a relative of the Rooibos family that grows in the Eastern Cape regions of South Africa. This tea is slightly sweeter than rooibos and the flowers used smell like honey.

Slightly spicy with a lingering creaminess, this woodsy tea has a delicate finish with an aftertaste of citrus and caramel.

Chado Tea also sells a variety of beautiful tea accessories, authentic canisters and Matcha sets and they strive to offer an unforgettable, elevated tea experience.  If you can’t make it to one of their tea rooms, check out their website to see what all the fuss is about.